We were delighted to finally receive photos of a suspension bridge that was inspired by our book, Building a Small Cable Suspension Bridge With the Cable Locking System.

According to the builder, Mo Goldman, the bridge is just under 40′ feet in length and 4′ wide (basically half the length of our bridge) and is located in Virginia just outside of Charlottesville. 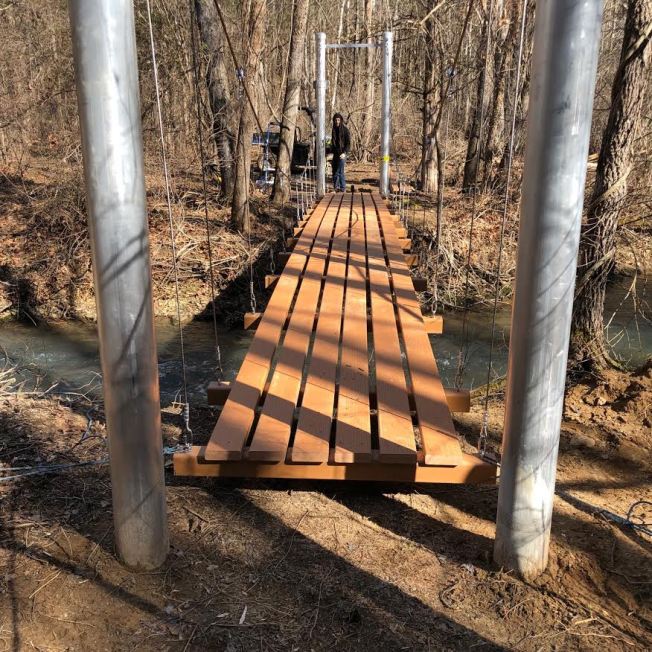 The posts are aluminum, 13′ in length, 6″ round with 1/4″ thick side walls, easy for two guys to carry. The post holes are 3′ deep and about 2′ around; the posts are placed on a concrete footer prior to pouring around them. Everything was hand-dug and poured because they were limited to access with a Polaris on one side. 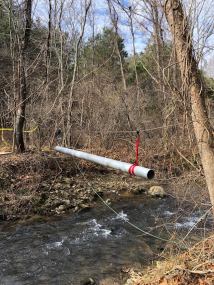 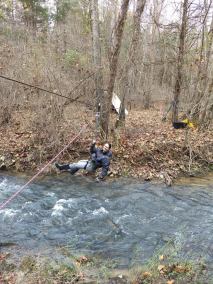 It was fun to see that Mo set up a temporary cable to move materials across. That’s how we moved our gravel for the opposite side, one bucket at a time. But Mo took it further and carried the posts, other materials, plus wheelbarrow and even himself across their “zip line.” 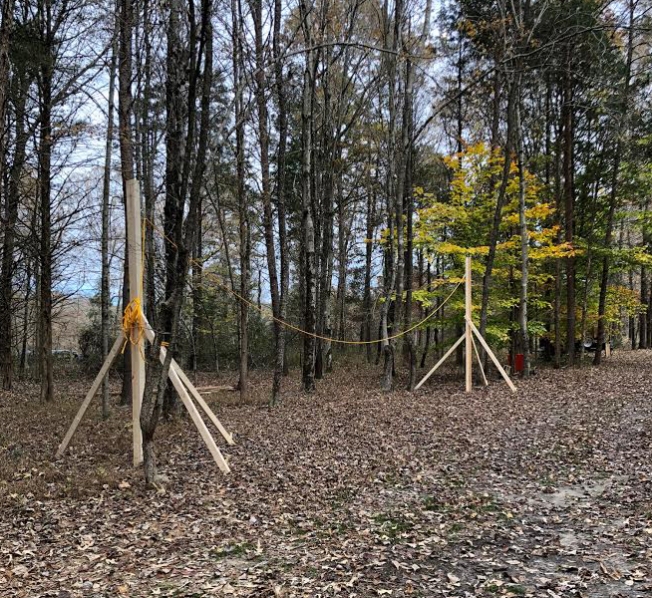 Mo also followed the idea of setting up the catenary curve between two trees/structures located away from the creek to plan and build the cables and stringers on dry ground.

Mo didn’t use our cable-locking system, but instead used a system often used for this type bridge – an appropriate length “eye” bolt placed in a drilled hole in the beam. The suspenders were then connected with a chain connecting link, which uses a threaded portion mating to a free spinning nut to open or close it.

He wrote to us about the bounce in his bridge which was more than he expected, though not a big deal. I noticed that he paid attention to harmonic resonance in the arrangement of the stringers so they were assumed off the “nodes,” so wondered if the decking material he used could be partly responsible (a suspension bridge is going to bounce, that’s a given). He used a material called Trex, which is a deck material made from recycled plastic and wood fiber. Trex tends to flex more than standard lumber does. We concluded that he needed to stiffen the deck, so now he is working on some ideas. 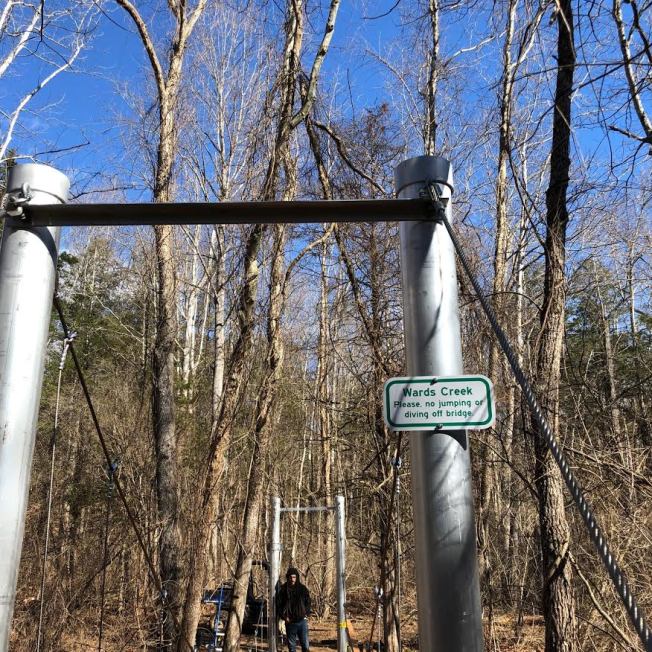 Mo even put up a sign on his bridge similar to ours and inspired us to remake our sign so that it names the creek, too. We hope others who build a bridge based on what we did will also send us photos and notes about their building experience.

Meanwhile our book is available in paperback and as an ebook via Amazon.com.